Tapping or clinically known as Emotional Freedom Techniques comprises of three essential components: cognitive shift, exposure, and acupressure. It entails a two-finger tapping sequence while verbalizing cognitive and somatic statements and balancing with an emotional acceptance statement. The work began with Roger Callahan in 1980 as Thought Field Therapy or TFT and then later was adapted to EFT by Gary Craig. He discovered that individuals have found relief from their symptoms by using one simple sequence of points to tap, regardless of the situation. The roots of EFT come from traditional Chinese medicines- meridians, which entail different acupressure points for different parts of the body.

EFT has been found to relieve symptoms related to anxiety, depression phobias, and PTSD. Peta Stapleton (2019) reports that EFT has been studied in more than 10 countries by more than 60 investigators that have published more than 20 peer reviewed articles. David Feinstein (2012) further adds that EFT is an evidence-based approach. In other words, it is an approved treatment method. How does it work? Well, EFT effects the amygdala the part of the brain that deals with stress regulation and the hippocampus which is the memory center. Tapping is a simple hands-on approach that allows individuals to regain a sense of calm that can be used with any age. By working through cognitive statements that are your own words you are being genuine with yourself. You are dealing head on with the reality of the stress and anxiety and balancing that with statements of radical acceptance to your feelings and yourself.

This highly effective modality of therapy can be taught in a matter of minutes, and the best part is that you can take this with you and use it from day one. Things will present themselves, whether they are part of everyday stressors, concerns that are overwhelming your mind or triggers, with by using this quick stress reduction tool you can return to a balance state of mind. 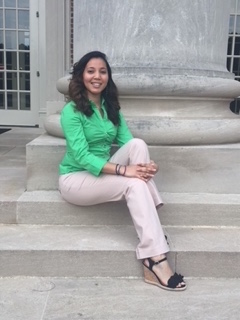 As an experienced Licensed Professional Counselor, it is my honor to assist you in exploring your core issues and help you move toward a healthy, fulfilling life.

Maya Angelou once said, "There is no greater agony than bearing an untold story inside you." Today is the day to start unpacking your story! I offer sessions locally in Virginia Beach, Virginia or telehealth as well.

Websites for Therapists by TherapyTribe — Up ↑